Warning: Use of undefined constant PWP_NAME - assumed 'PWP_NAME' (this will throw an Error in a future version of PHP) in /home/customer/www/outvoyaging.com/public_html/wp-content/mu-plugins/wpengine-common/wpe-sec.php on line 63
 The Best LGBTQ Friendly Travel Destinations

Getting out into the world and traveling to different areas is a great way to find your own self-acceptance. You’ll either learn how willing you are to strut your stuff, or face how it feels when you hide your stuff.

Sometimes the latter is required for safety but, hopefully someday, that will not be the case. As of now, this is the reality that many of us queers face.

We are not accepted everywhere, we are not even accepted at home sometimes, but what’s most important, and what traveling can teach you is- the most important thing in life is for you to accept and love yourself.

So… my partner and I have travelled quite a bit and visited many countries together. We’ve been to some places that are behind America in terms of political equality, and some that are ahead.

Sadly, I have to share that the only times I’ve faced discrimination for being gay were at home in my own country. True story.

Now in comparison, we have great freedoms in America that are not yet implemented in many parts of the world.

So I do not want to imply in the least bit that I take for granted those freedoms.

And I acknowledge that it is much tougher for queer folk in certain parts of the world, where the spaces lived in do not allow some to be their true selves.

I just want to emphasize that a country’s laws or beliefs don’t always reflect the way they treat each other, let alone foreigners.

Some cultures quietly implement having decency and consideration towards those who are on a different walk in life. Or just simply encourage minding your own business 😉

That being said, friends and family (even strangers sometimes) often worry when we travel… for our “safety,” this is logical of course, traveling for ANYONE can turn out to be dangerous or challenging.

But what I wish was more widely accepted and acknowledged is- leaving your house daily is a risk. Being alive is dangerous, sharing the earth with billions of people is dangerous.

The question to really ask is- do I want to live my life in fear? Or get out there and enjoy the beauty of this world that we live in?

Ditch the fear and go live. See the world before it’s too late. Start checking off the items on that bucket-list.

BUT. Stay safe. Do your research and be prepared for what you could encounter when visiting new places.

That being said, there are MANY places around the world that welcome or simply do not care if you are LGBTQ. 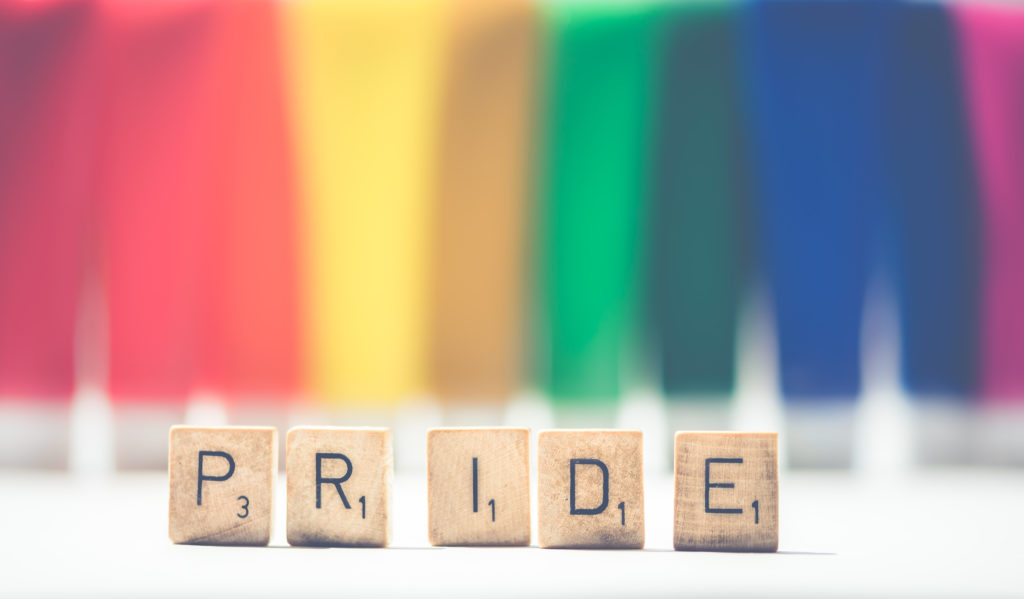 Photo from CanvaYou can visit with pride.

Thailand in general is a very welcoming and tolerant country from what I’ve seen. Bangkok specifically is pretty much the hub for gays in Asia.

You’ll find that a huge welcome is extended to all walks of life, which makes it a hot spot for gay travel, and expats across the board!

The LGBTQ community is largely accepted here. No second glances, questions asked, or bothersome behavior from what I noticed personally, and heard from others experiences.

To say the least, you will find “family” here and you can enjoy traveling while being true self.

Queer in the World has an awesome guide to gay bangkok.

Also, check out my post on How to Spend Two Weeks in Thailand if Bangkok is calling to you! 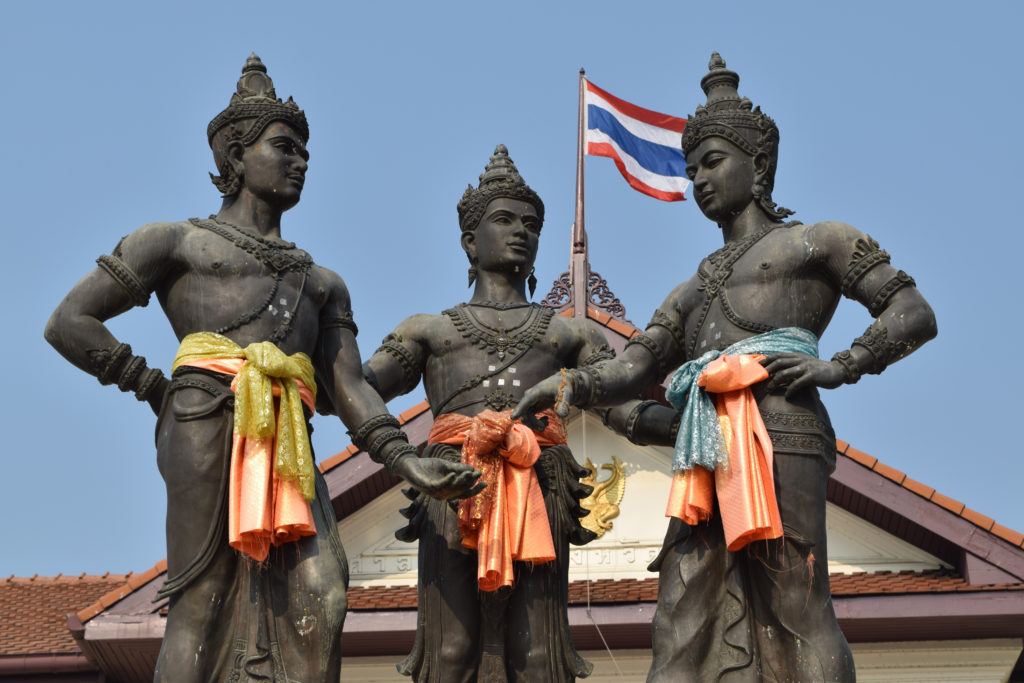 The only difference really is the pace of life. While Bangkok is crazy, busy, and overwhelming for some… Chiang Mai is like its quiet little sister.

You still get the culture, warmth and charm of Thailand, but it’s more calm, more rustic, more slow-paced.

Here too, we felt very comfortable. There was no pressure being *out* and holding hands or indicating partnership while roaming Chiang Mai with my honey.

Thailand is just so easy to love, and you’ll find, it loves you right back!

Porto is easily one of my favorite destinations visited so far. Again, similar to Thailand, the warmth and welcoming energy of the locals made it so easy to feel free here!

Gay nightlife in Porto is also super easy to find. Not a whole lot targeted towards lesbians specifically, but acceptance is high and welcoming anyhow.

LGBT individuals, in general, are highly accepted in Porto and Portugal overall for that matter.

Their policies for gay marriage, same-sex adoption, gender identification and anti-discrimination are strong… just when I thought I couldn’t love it anymore! *heart-eyes*

Check out my heartfelt free-form post on this city here: Things I Learned in Porto

Same as above. Except take the nightlife possibilities and amplify ’em. Lisbon is Portugal’s biggest city (Porto coming in 2nd) so the possibilities here are endless!

There’s so much to do, see and be! It’s easy to be you in Portugal. Check out my list of top things to see in Lisbon! You don’t want to miss this beautiful city! Guide to Lisbon: Top 10 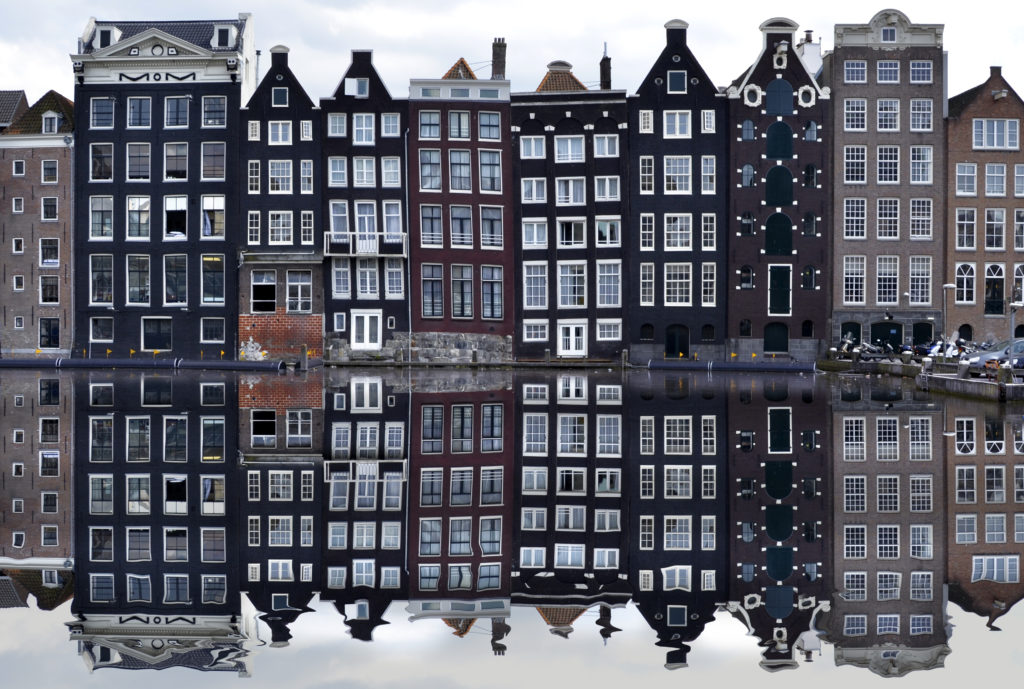 I’ve heard Amsterdam referred to as the “gayway to Europe,” funny, but also quite true.

Being a somewhat small city, there is a large gay scene here.

Gay friendly bars are easy to come across, and the culture here is accepting of us LGBTQ peeps overall. Also, it doesn’t hurt that the city is strikingly gorgeous and photogenic in every which way you turn.

Check out this list of lesbian bars in Amsterdam! There’s quite a few, surprisingly!

Madrid is well known for being a gay friendly city. Chueca District is one of the best areas to stay in for LGBT travellers!

“Perhaps one of the best-known gay areas in the city is Chueca. This neighbourhood, or barrio, is right in the centre of Madrid, just off Gran Vía. You can get there easily by Metro (Line 5, Chueca Metro station or simply walking from Gran Vía. The streets here are a literal rabbit’s warren, so it’s wise to get your bearings before you go wandering around.”  From GoMadrid; Gay Madrid & the Chueca District


Madrid is a city where gays and straights comfortably coexist, and visibility is high.

My first post on Madrid captures the essence of feeling comfortable there no doubt. One of my first blog posts ever actually (aww) Read here: My view of Madrid

Similar to Madrid, Barcelona has a huge gay scene. You’ll have no issues here finding rainbows and gays especially in the areas of L’Eixample and Gràcia.
Booking.com


Bonus: an awesome Sitges day trip for some gay friendly beaches, or just stay a few nights and get a feel for the overall equal footing that gays have here.

Did I mention the lovely beaches? They also have a Gay & Lesbian Carnival Parade around Feb/March every year.

“Sitges was and is an artist’s stronghold. So, a liberal climate established with the background of a liberal Spanish legislation. Thus, for example same-sex marriage is equivalent of heterosexual marriage. Even at the time of Franco a certain liberalism was retained. A gay bar and gay club scene, which is known wide beyond the borders of Catalonia, has established in Sitges.” Barcelona LGBT Excursion to Sitges

And its only a half-hour away!

I’m going to point you to this amazing guide to gay Athens here.

In summary, Athens is not as out and loud as some of the cities mentioned above, BUT, there IS an LGBT scene here, you just have to find it and know where to look.

There’s a lot of great history and sites to catch in Greece- Athens, specifically. Definitely don’t want to miss out on it!

Plus it’s a great base for your trip if you want to catch a ferry out to some of the amazing Greek Islands. See below.

Personal Bucket-list reveal here: Lesvos Island.  How did I not know about this when I travelled to Greece?

The word Lesbian is derived from this Island.. that in itself is enough for any rite-of-passage seeking gay girl to want to come here.

Story says the great ancient poet, Sappho, hailed from here. She was known as a great lyrical poet and it’s been said her writings were to be sung and accompanied by Lyre (ancient Greek U-shaped harp, had to look that one up myself).

Anyways, that style and energy- can you say Muse?

So that aside, the city of Mytilini is a popular destination among lesbians, mainly for the history but also since its got island appeal and beautiful beaches.

In addition to Lesvos, Greece has tons of invigorating and worth-while islands that need to be experienced.

Ios Island was a dream when we went, and we’ll be back next year to explore more of them.

Suggestions? Leave them in the comments please!

LGBT rights in Argentina are progressively advanced. I just love writing sentences like that. The simple inference to basic equality, so sweet.

Argentina legalized same-sex marriage in 2010, being the first country in Latin America to do so.

Public opinion, law and policy here is inclusive and accepting of LGBT people which makes me want to say, “Use your tourism money to support this country and any place like it!” Yesterday.

However, I have not yet been to Argentina. It is high on my bucket-list. Buenos Aires specifically.

The Crazy Tourist has a really good list of things to appreciate about Buenos Aires, check it out here.

Berlin is known to be one of the most diverse and eclectic cities in Europe, in addition to being “hip” and super gay friendly. For those reasons, it is on my bucket list and i’ll definitely be stopping by next summer!

From what I’ve seen and heard… there is gay community and LGBT+ culture here. More to come on that next year.

Homeland to (part of) my family tree. Sweet Italy, where the food is delicious and the living is beautiful and simple.

I’ve been back to Italy a few times, after visiting there for my first trip abroad back in 2012.

It’s just addicting, one simply does not go to Italy once and never return… Well ok “to each their own” but for me, I’ll continue to be back as often as possible. It’s just a heart warming and liberating place for me.

One city I have not yet touched in Italy is Milan. And that happens to be one of the best gay friendly cities in Italy, from what I’ve heard!

Hopefully some of these spots inspired you to get working on that bucket-list!

Any recommendations? Did I miss any must-visits for LGBT+ travelers?

5 Reasons You Should Visit the Medieval Town of Siena, Italy
4 Beautiful Sights to See in Sintra, Portugal 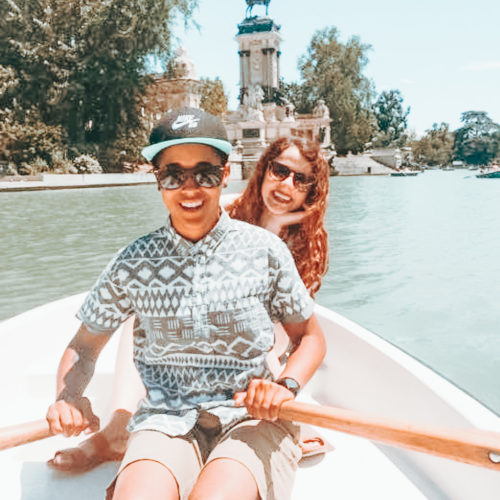 Traveling as a Couple: Questions and Tips Before You Go
Warning: Use of undefined constant PWP_NAME - assumed 'PWP_NAME' (this will throw an Error in a future version of PHP) in /home/customer/www/outvoyaging.com/public_html/wp-content/mu-plugins/mu-plugin.php on line 140